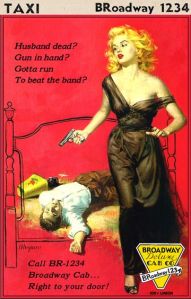 The sheet of tin flapping on the shearing shed roof, finally tore loose, tumbling into the air, landing in the old cattle yards a hundred odd paces away. Within minutes, the rest of the roof had followed suit, taking flight into the black sky, riding on the wings of ‘Cyclone Alby’s’ gale force winds. Over the next few hours the shearing shed disappeared entirely, as did the machinery shed, an empty silo, and the roof of the big house on the farm. Stock had been wiped out by raging bush fires, fences had fallen, and gum trees exploded like mines in the sky. Telephone and power poles, either lay flat on the ground or snapped mid post, wires snaked and sparked, starting spot fires, and the two miles of gravel road from the front gate to the main road was nigh impassable. A black sky filled by smoke and lightning pressed in hard on all beneath it, the noise was so loud as to be previously unimagined.

Dad and I (I would have been 12 at the time), over the days and weeks that followed, pushed up the bodies of dead livestock and kangaroos, burning the grotesque heaps after covering them with fallen trees and limbs, liberally dousing all with diesel, and moving on to the next macabre offering the cyclone had bestowed on us. That job complete, we moved onto the fences, making do with what remained, cutting and splitting posts as required; what stock remained, we lost about 80% of our sheep, and about half of the cattle, needed to be drafted and driven to what paddocks there were still baring anything vaguely edible. Our grain shed, whilst mostly intact, had lost about a third of its roof, and rain had ruined nearly half of what the shed contained. At least we could feed the sheep. We sold all bar a hand full of cattle to our buyer; you don’t keep what can’t be fed.

By the time I got around to cleaning up the shearing shed, I did it alone, Dad had more than enough on his plate; it must have been early May, and Grandpa had started ripping up for us. Being built around a hundred years earlier, add on’s and extra yards had sprung up over the years around the now destroyed shed; after tin, the only other material used in the shed and yards was jarrah. Who carted it up, and what it cost, I will never know. But, there it was.

Shifting and stacking tin plus any salvageable timber, I mostly used the hay forks on the front of our little old, faded red to near pink, Massey Ferguson tractor when I could, loading it all as neatly as possible onto the tray of our million year old Bedford truck parked on the side of the hill as close to the destruction as I could get it; I’d used a sleeper in front of the rear wheel as the handbrake. The rest of the yards and timber from the shed, I pushed up and burnt.

Sitting on a four gallon drum, I finished off my lunch of cheese and mutton sandwiches Grandma had made for me the night before, giving the crust of the last sandwich to my mate, a black and white, medium haired sheepdog of dubious breeding named ‘Squirt’. Standing, I put my little white foam esky with a broken lid back into the front of the old truck and wandered back over the remains of the shearing shed. Squirt, as always sauntered nearby, and wondering where to start next, I ambled over to what was once the sheds overhead, ‘Coopers’, shearing rig; this being a length of pipe that ran parallel to the wooden shearing shed floor, roughly ten feet above it. Powered by a broad and heavy six odd metre canvas belt that stretched up form a Lister motor mounted on top of a cement filled 44 gallon drum, the belt stretching to the overhead rig, turning it, transferring that power to the handpieces of this five stand set up when engaged.

Sitting in the ashes of the main board, I tentatively lifted on end of the 10 metre shaft, finding it heavier than I thought, my foot under this excess weight, disappeared into the now cold ashes of the floor. Pulling my hand-me-down elastic sided boot from them, and for no good reason beyond the curiosity of a twelve year old, I inspected the hole I had left behind. The edge of a twenty cent piece, a veritable fortune in my eyes, poked out from the ash, midway down, and from the side of the hole I had created. Sticking my hand in, I extracted it with relative ease, this treasure dusty and grey in my hand. With a hopeful gaze, and an even more hopeful rummage, I shoved my hand back into the powdery grey mess, finding two washers, and a long, partially blackened bone. Pulling the bone out, initially thinking it was from a dead sheep, I tossed it beside me, thrusting my paw back in once again. This time, unable to see my fingers due to the ash, I felt an odd smooth rounded rock. Pulling it with gentle ease, theoretically getting it out of the way to retrieve more coin, I went to drop it beside me. On inspection though, I let out a squeak, and threw the horrible thing away from me, causing Squirt, seated beside me and smiling, to jump.

I had found a human skull. Similar to the previous bone, it was partially blackened, yet the skull was missing a couple of teeth. The jaw wasn’t anywhere to be seen, and there was a scrap of what I took to be hair and skin stuck to the back of it. With the speed of a dero at opening time, I made for the little old Massy, jumped into the open seat, Squirt jumping up with me, lifted the forks, and took off up the paddock in search of Dad. Finding Grandpa first, I filled him in on what I had found, he told me “don’t be so bloody stupid boy! Get back and finish off the shed, I need you out here on the bloody tractor.” With that flea in my ear, and thinking ‘bugger this for a game of soldiers’ I drove off in search of the old man. I found him nearly an hour later at home, seated at the kitchen table talking to the bank manager. Too scared to interrupt, I hid on the veranda, waiting until the bloke from the bank left, eventually screwing up my courage, and telling Dad what I had found. His initial response to the tale of my find was the same as Grandpa’s, but after near hysterical persistence, he eventually gave in, and we drove back up to the shed in his battered and filthy EH Holden ute in silence.

Police, detectives, and people associated, both local and from Perth, came to investigate. After questioning me, I got a Monte Carlo biscuit out of it incidentally, it’s funny the little things a kid remembers, they followed up with Grandpa, then Dad with their inquiry; neither of whom proved to be of any benefit to the investigation. After plotting the ground where I had made my nightmare instilling discovery, digging began. After an hour or so scratching away with trowels and dusting with little brushes, not one, but two bodies were raised from the ashes. After that, they left; weeks passed, and we heard no more from the Police.

By the time we had finished seeding, mulesing, and were getting ready to crutch, the local Police came the twelve miles out to the farm with news. As far as factually could be established, the investigation had unearthed, pun intended, the bodies were of two men. The first was supposed to be  between the ages of early 20’s to mid 30’s; the other was of a chap somewhere in his mid 40’s to early 60’s. Their deaths put at sometime around the turn of the century, both men were found to be of european extraction. No obvious cause of death for either of could be established, and as far as was discerned within Police files, there was no record immediate to the area, ever, regarding missing persons.

And so, as with life, time passed, and the older I got the less I thought about the skull from under the shed, until one day, some years later that Dad and I were discussing how the first stand on the board in the old shed, situated beside the shearing plant, essentially on top of where I made my grisly find, was always the worst to shear at. How every sheep dragged onto that spot fought like a bastard, and how counting them out at the end of the run from that pen, those newly shorn sheep sprinting and jumping didn’t ever need any coercion to get them out of the yard. Coincidence? I’ll never know, but the first thing I did when I got the chance was to fence that spot off, and never went back into it again.

There you have it, and it’s true. I am withholding the name of the place and the people involved upon request, as they have never been publicly made available, other than at the time with a statement saying remains were found in the Moora/New Norcia area. I have altered the distances mentioned above as part of this.

You MUST click on the picture above, ‘Flight of the bumblebee’ – from ‘Shine’, truly brilliant!