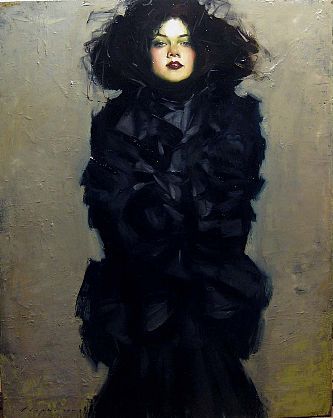 Oddities befall us in the most curious of ways.

When ever Henry attended a rodeo, a barrel racer, or cowgirl or boy died. He first became aware of this when he was seven after attending a Mogumber Rodeo, baring witness to a grizzly death; the rider was gored by a Brahman bull. Two years later, attending the Boddington Rodeo with his family once more, and  again, a rider died. Those two things together, whilst not proving to have any direct input from him to influence the deaths, he just happened to be there when two people died. Nothing more.

In his teens, as is the way of kids the world over, he fell in love. The lass he was smitten by rode a quarter horse and was a barrel racer. He went to watch her on a particularly gorgeous Saturday afternoon at a city pseudo rodeo held in Claremont, Perth, WEstern Australia. This time, rather than a bull or bronco rider dying, one of her barrel racing opponents died when the horse beneath her rolled over her after a fall, breaking her neck and crushing her. His girlfriend subsequently won the event. A month later, at a rodeo in Western Australia’s north, his teenage girlfriend rode again, he traveled up with her family to watch. This time it was a clown that died after being run down by an irate bull. Yet there was no rational  nor discernible reason why people died when ever he attended. They just ‘did’.

As is the way of teenage love, his girlfriend dumped him for another lad; this one two years her senior. His immaturity and lack of experience in such matters left him utterly broken and unable to cope with the situation. Angered beyond words by this, it was then that he started to show a deep and significant interest in the rodeo circuit. Specifically rodeo’s with barrel racing.

The first rodeo after his heart had been broken, a bull rider was thrown at the edge of the ring, landing hard on the top of the rail. Falling back into the ring, the bull trampled him, smashing the ribs on the left side of his chest, puncturing his heart. Some six weeks later a child his own age was killed in a junior roping event, after being kicked in the side of his head by a bull calf. The next two events he attended had similar outcomes, and the Australian Professional Rodeo Association began to take notice, for the first time, in the increased occurrence of fatalities. Rules regarding safety were upgraded, yet, no matter what changes were introduced, people kept on dying at every event he was at. Knowing this, Henry Bridgeman started to feel very powerful, holding life and death in his hands as it were.

Time moved on, and he lost interest in his vexatious ex-girlfriend, yet he continued going to rodeo’s specifically for the heady rush death now instilled within him.

In his final year of high school, Henry worked especially hard. With the cunning of a junkie, his notion now for a future profession was to study to become a vet, specifically a large animal vet, with equine leanings. His acceptance into Murdoch University, Veterinary Science, was more than a letter for him. Within his addled mind, the Bachelor Degree was his second step in his perceived ascendance to power. This was the driving force behind his success as a student; years passed and he was invited to undertake Honours, which he did. All the while he slowly made himself indispensable to the rodeo circuit, often working for nothing to ensure his usefulness, guaranteeing future invitations for himself; and the body count grew.

After a year, curiosity, being what it is, got the better of him. His qualifications were internationally recognised, he eyed an emailed invitation from a colleague in North America asking that he join him in doing some contract vetting for the Canadian Professional Rodeo Association. Idea in head sparking psychopathic desire, he took up the offer, and spent two years touring Canada’s rodeo circuits. He delighted in the results, a death at every one he attended; such a delicious reward. From Canada he ventured south, leaving his colleague, he dipped his toe into both the American and the International Professional Rodeo Association, finding and filling his macabre love affair with death within them. Years passed for Henry, and he travelled and toured with every major rodeo outfit. By the time he was forty, he had watched cowgirls, cowboys, buck jumpers, barrel racers, and clowns, die in the ring on every continent on earth. Even a reporter from ‘The Cowgirl Way Magazine (TM)’ perished at an event, it would seem no one was beyond his reach of death.

The last rodeo he attended was the oddest he had ever been to. It was not until he finished vetting a bull that had come back in from the ring, that Henry realised the bull was the last ride of the night. No one died as far as he was aware leaving him beyond perplexed. He felt physically sick, and his head ached blindingly upon realisation. Had something changed? Was this lifetime of perceived power no more than the fallacy of coincidence? Thankfully no one seemed to notice his distress, his rage, his sorrow. Actually, no one seemed to notice him at all. Everything around him seemed to have blurred, whilst the temperature had dropped immensely. Slowly paying more attention to his situation, he became aware of a single person watching him. Oddly that person was the only person he could focus on, everyone else was ‘fuzzy’.

“Ah, the singular relevance of this evenings kill is yet to take hold I see.” said Death to Henry. “Tonight I come for you.”

Click the picture of the Lady In Black, a little ‘Psychokiller’ follows.