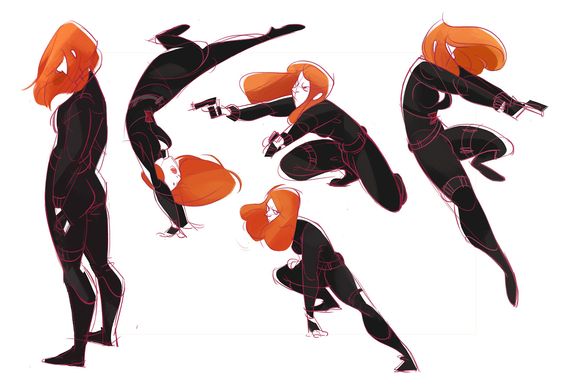 Death will walk beside you.

Death will linger on a battlefield.

Death will move silently beside sick beds and city streets.

Yet, what Death actually likes is a really good cuppa, pot not bag, a biscuit, a natter, and a crossword.  She also likes her Grandchildren, her fox terrier named Mr Darcy, aka – The Left Hand Of Death. Death enjoys spying on neighbours, talking just out of earshot in front of her sons and daughters in law with a severe look on her face, and terrifying souls Worlds over.  She has an hour off most afternoons for lunch and to watch daytime soaps, or terrorise social media posting toxically cute short ‘cat’ films when she can.

Death has blue rinsed and permed old lady hair, adorns black horn rimmed spectacles, is a towering five feet tall, and is a twin set wearer in comfortable shoes.  She does not ride a dazzling white charger, but is driven everywhere by her chronically berated horse faced daughter “Maude” in a clapped out 1968 Volkswagen beetle sporting many dents with no discernable colour.

Death carries an unremarkable looking pair of spectacularly sharp wooden handled secateurs as she regards scythes’ too phallic to be taken seriously, and so very Old Testament

Depending on context, ‘Death’ is the blueprint of every mother-in-law to ever have been conceived, loved, and hated.  She is every aspect of every minute of every angle throughout every stage of a mother-in-law’s life.  Rolled into one.  She gives the appearance of a fifty to eighty something year old lady of complete misery in YOUR house, checking for dust and how many empty beer bottles are in the bin out the front.  She can hear through time zones and know’s what yellow tastes like.

The other side of Death is something of an extreme. Whilst remaining the same in looks, she is often viewed as a Grandmother. Everyone’s Grandmother, the good one loved by all of the kids in the family, not the poisonous grandparent that is disliked by all due to early bedtimes without stories, bath’s too often, and stodgy food which was “good enough for her in her day”, and chores. Lots and lots of really bad chores.  This is not Death.  She arrives like the brilliant grandma from the other side of the realm of grandparents and families the world over.

Death generally carries peppermints in her enormous handbag beneath knitting needles and pictures of children and grandchildren alike. She is the one built with a weather resistant smile, and a knee purpose built for children to climb onto. This is Death. She can be lovely and wise, with a sense of humour drier than the vast majority of Britians bath towels.  Kids positively adore her, and Death’s cramped lino floored kitchen has her grandchildrens drawings covering every available space on the fridge and the pantry cupboard.  She keeps a constant supply of her own ginger nut biscuits in an old rectangular tin with the picture of a Scottish Terrier just visible through the scrapes and dents of its lid. Most of all, she is loved, and loves those nearest and dearest to her, and also those in need or embroiled in hardship.

Like every other similar village of the time local to my place of birth, Death was often found keeping an eye on things from behind closed doors; keeping watch over the beds of the young, the old, and everywhere in between.  Sadly, and quite often in places next to a first time mother in the throes of a complicated birth, in a time where midwives amounted to the neighbour’s wife, or her own mother or sisters. Due to this, Death would regularly be standing unseen beside the birthing neighbour’s 16 year old wife, who has been brought in with no notice and less idea. Her expertise is narrowed to clutching the hand of the first time mother trying to deliver, and repeating the mantra “there, there”. The same neighbour’s wife, whose total sum of experience and knowledge of midwifery being that of rudimentary animal husbandry, tying the cows head to a post, and pulling hard on the newly exposed calf’s feet, just extending from beneath the mother’s tail. Even then, success is not guaranteed.

Death never lurked, nor did she take the path of death over life.  Life was and always will be her priority, and she values it more highly than anything else.  Sadly, things perceived to be ‘kind’, and those things thought to be ‘just’ are tackled on an entirely different level in her thought, word and deed.

Many people, in my lifetime at least, have had the notion that Death, the being, is one to be feared.  This is not the case, and never shall it be, unless it is extremely well deserved.

However, should horrors and atrocities be committed, there is nowhere Death will not find you, and will force you to pay in full, with interest, for whatever ghastly deeds you may have committed. No judge throughout the history of time of man has ever had a better grasp of the facts than her, and it is justice not law she delivers with a mailed fist.

Whilst Death is a good old stick most of the time, her temper, though rarely seen these days, is beyond the base realm of emotions.

Think Vesuvius at the moment its side exploded, and blew away from the mountain.

There is a coastal town, located relatively close to the foot of Mount Vesuvius, this being  the city of Herculaneum.  The date is lingering somewhere around the 24th of August, AD 79.  It is a glorious warm sunny day, and there is a bar; birds are chirping and young people are cavorting in long grass as young people are want to do.  The bar is not such a bad bar for its time.

Now, if you gaze in from the outdoor beer garden through its mud brick, glass free, window, to look past the ivy and grape leaves, you will see Death playing pool with a couple of local chaps; they are toga and sandal clad, and are playing amiably for drinks. As you watch, you note that off the break, the local boy has sunk three balls.  Good for him.  He sinks one or two more in succession, and finally pots the black.  Death has not had a shot, and as such, she owes the local chaps a drink.  Smiling, she heads to the bar, orders, pays, and then carries the drinks back to the table, placing a full wooden cup with an attempt at a colourful cocktail umbrella sticking out of each one on the bar beside the winning players.

It’s ‘mugs away’ this time.  Death, being the loser of the previous game racks the balls in the triangle, and then breaks, poorly.  This is unusual for Death, but, it is merely a game to pass the time, enjoying wine from the grapes found uniquely to the northern face of Mount Vesuvius, and to take in the quiet atmosphere. She has not sunk a ball off the break, and the white has left the table.  That is the last shot Death has in that game, never losing her smile, nor her cool.  This process is repeated four more times, and you are starting to swat at the vomitorium sized flies and mosquitoes swirling and buzzing about you.  Out of the blue, you believe that you feel a slight shudder through your feet, and a dog immediately starts to bark somewhere in the dusty background. Coincidentally, a child begins to wail loudly in the opposite direction.  Kids and animals are apparently the best judges of character; even at a distance.

The second coincidence is the man with a large scary spear, plus a shield with a painted dog and a boar only just visible through the dents and dried blood, strolls into the shadows of the wee bar from the glare of the of the afternoon sun in the street. Such adornments and weapons giving way to the practical nature of his profession.  He has a breast plate full of scars, and the strap on his left sandal is broken above his ankle.

His name is Ares, and He is a God.  He is a God of violence, bloodshed, and war.  He is a scary God who is heartily despised by all others on Olympus, Aphrodite the exception to the rule.  Many patrons in the bar would call him ‘Mars’, whilst vaguely in accurate he welcomes it just the same; the more followers the better as far as he is concerned.

Gazing toward the pool table, Ares recognises the players.  Sauntering over with a smile he hugs Death, pecking her on the cheek.  After he and Death complete their hello’s, he turns to the lads Death has been playing and says.

“Since when have you been getting around in human form?  Sharking Death as well I would imagine.”

The lad in question has found it exceedingly necessary to examine his sandals, moving toward the doorway as he does so.

“Just today Sir.” From somewhere around his feet.

Death, whilst a cup of tea loving, dog and crossword enthusiast, is also, no matter how you look at it, Death.  She is the stuff nightmares are made of when she choses to be.  She is the ‘Death’ who will be there for the apocalypse, riding a really big scary horse, and is now tapping her left foot on the floor. A frown creases her time worn brow, her eyes darken to black.

“And why?”  Ares starting to anger.  “Didn’t I post a memo in the tea room no more than a week ago?  Wasn’t it written exactly about this sort of thing?”

The transformation occurs in the blink of that God’s eye.

Até, the Goddess of mischief transforms to her Godly state, and now stands where once the scrawny ‘local lad’ had been, stupidly holding the pool cue and chalk.

Death.  Thunder, lightning, and flaming brimstone filling her now black eyes, stamps her foot, and the world that was Mount Vesuvius explodes.

It only took a game of pool, and the antics of mischievous minor God to irritate her.  No one gets the better of Death, and in doing so is all it took to set off the most famous volcano in history, Mount Vesuvius, wiping out cities, and ports. I read that recently that 1044 people to date have been unearthed from the ash and rubble, 1900 odd years passing since her loss of temper.  It was just a game of pool.
It is never wise to cross Death.

Click the picture above, and get down below. ‘Oh my my’.