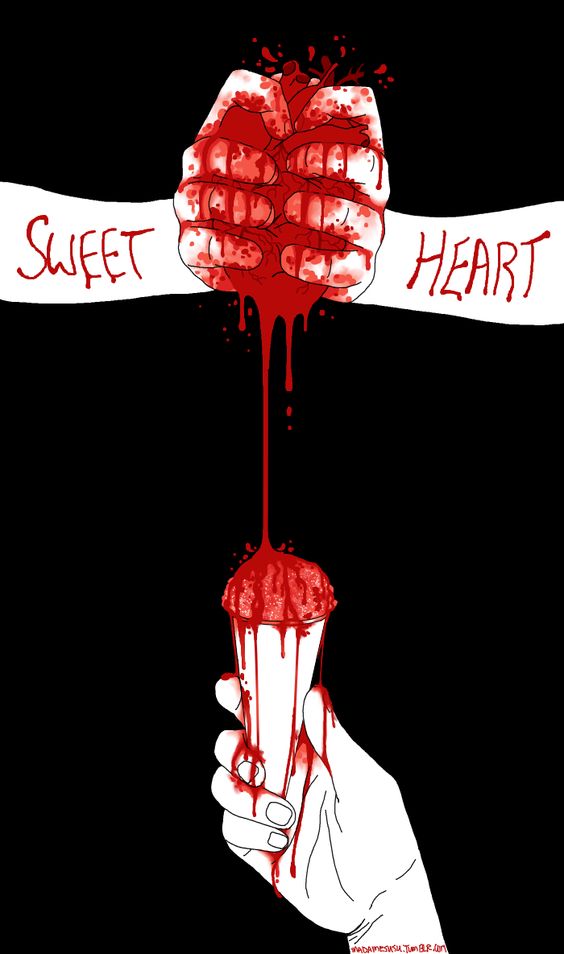 Mr. Darcy walked around the massive tree twice before he had a piddle.  After relieving himself, he trotted across the road, found a shady spot, and lay down in the uniquely doggy manner of front legs straight before him, chin pointing forward, resting on the ground between his legs.  Tail down, relaxed in an unemotive  position.  Then he waited.  Never once looking anywhere other than the point from which she vanished.

Hunger started to tease the hellish Fox Terrier from the inside out.  Boredom was never a problem, but hunger was a slightly different sensation, possessing the ability to upset one’s focus on the task at hand.  Knowing better than to ride it out, he began a short, equally gruesome, hunt for his supper.

Half an hour later he had just about finished gorging himself on two plague scarred, medieval looking children.  He chewed limbs that were still warm enough to offer no resistance to movement.  A face he ripped from one of the screaming children was particularly good.

The souls he devoured with relish were young, tender and sweet.

With the carcasses abandoned on the side of the road, green tailed flies and two crows were drawn to them, which he killed as well for sport and for the black soul of the crow.

And so he waited.  Day gave birth to night.  Night spawned beasts so terrifying they needed hiding from day.  The temperature dropped and dew fell.  He waited, not moving as he did so.

Mr. Darcy needed no practice.  He had done this for millions of years.  Mr. Darcy was a “Good Dog” with the patience of the Ages behind him.  He pricked his ears.

Click the picture, I’ve had this song trapped in my cranial spaces all day.