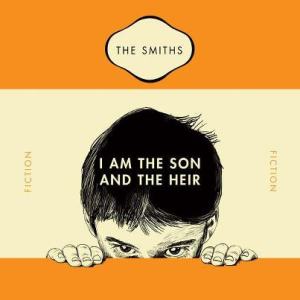 With the sun shifting slowly from the forenoon to the aft, the three remaining, Albert Smart, Harry Smart, and Jack Bridgman examined the area around the irreparably broken vehicle, and drew the same conclusion; of the five water bag’s, four had been burst or punctured, and the fifth was no more than half full; the mercury still very much on the rise…………………………….

……………………..Of the three men, the brother’s Albert and Harry Smart, were fence riders on the Rabbit Proof Fence. Camped near Bonnie Rock, they individually worked up and down the fence line, one working to the north, the other to the south, mounted on camel’s, repairing it as needs be, ensuring all the gates on its length had been left shut by travellers passing through; three camel’s each, one to ride, the others carrying wire, strainers, miscellaneous tools, water, rifle’s, fodder, and general provisions. On the other hand, Jack and the two deceased men, all hunted for skins on either side of the ‘Fence; selling the skins to furriers in Perth. Kangaroo’s, rabbits, the odd fox being their main targets and source of income; shooting, skinning and pinning the pelts to dry, burning piles of carcasses as they went. Most of all, each and everyone the five men were as hard and tough as they came; all experienced bushman, none of which were the type given to whinge about circumstance, rather, a breed of Australian accepting what ever their situation may be, and cope with it as best they could. How they came to be travelling together being nothing more than incidental convenience, and a shared friendship founded during the Great War.

Both dead men were wrapped in their horse blankets and the canvas of their swags, to finally be tied up with split reins and stirrup leather from their horse and saddle gear. Both were then buried in graves dug deep enough to stop the wild dogs from turning their corpses to carrion.  Hats held in scarred heavily calloused hands, a quiet spoken word over them by Albert once the final lumps of dirt and rock had formed their eternal dirt shroud.

“Righto,” said Harry, head back, inspecting the sky from beneath the brim of his battered old slouch hat, “there’s nothing behind us with water, I’ll head off toward Ballidu at dusk.” And promptly, after previously  retrieving his bed roll from a nearby tree, kicked out the canvas of his swag in the shade of the upturned tray, lay down, and fell asleep in the heat.

Jack and Albert got a fire going, not for cooking on, nor warmth, the men kept feeding it, the smoke from it a marker and a reference, allowing them to find their way back to the upturned vehicle, hence, the rude camp they had set up for the duration of their wait for help to arrive. Once the first fire was burning steadily, they light another two fires twenty paces apart, in a line directly north of the first. From from a distance, any onlooker from a far would note the three plumes of smoke, and hopefully come to investigate.

After that, a mast of cut branches and tent poles, roughly combined, equalling fifteen feet in length, was attached to the highest point of the broken Chev, a flag of white flour bags was attached to its top and then erected, creating a secondary marker should the fire go out. The hunt for water was to begin.

At roughly 5 o’clock, judging by the sun at least, swatting flies, Jack Bridgeman headed north, Albert Smart south, both carrying two water bags. The water bags, being of hessian and canvas construction, had been hurriedly repaired, and hung slung over their shoulders beside the rifle each carried. Included in the articles both men carried was a small flour bag each, containing matches, knife, and other life saving odds and ends tied to their belts. Harry was woken and told not to leave until at least one had returned; without a word,  the pair strode off to hunt for water,  both agreeing previously to be back by the time the Southern Cross had risen fully in the south. The fifth water bag hung in the shade of the tray beside Harry, unmoving.

With that, the day was yet to cool, and smoke rose vertically from the three fires into the scorching cloudless sky without a whisper of wind to disturb them……………………