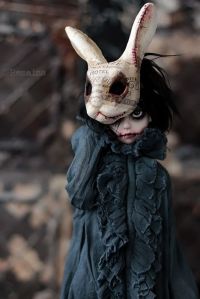 With that, the day got hotter, and smoke rose vertically from the fires into the scorching cloudless sky without a whisper of wind to disturb it……………………

………………..At around 5 in the afternoon come evening, it was sound, rather than smell, that caused Harry Smart to wake in fright from his make shift bed beneath the upturned tray of the old Chevy truck. Rolling quickly out from under it, took in at a glance the fire that was beginning to engulf the cab of the broken vehicle, and the expanse between it and the fire that had been left to burn as a beacon to the east of it. Grabbing his heavy old brown rug from the length of canvas that had been his bed for many years, Harry beat furiously at the fire beside the cab, realising after a moment that his efforts were entirely in vain as the wood of the vehicle, plus the diesel from the motor caught light. Turning his attentions to the fire on the ground, he beat at it savagely, with only minor success. Where there had been no breeze at the time he got his head down, now a steady and strengthening wind had picked up, blowing from the east, the fire beginning to take hold in the dry scrubby vegetation, burning away, and speeding into the immense expanse of low bush to the west.

20 minutes later, Harry had given up his fight against the fire, now putting his energies into rescuing what ever gear he could from the vehicle, dragging and carrying it away as best he could.

Some two and half miles to the north, Jack Bridgeman welcomed the relief the strengthening easterly gave him. Looking for tell tale bird life or animals heading in a similar direction, he turned his head left and right, scanning the horizon and all between in the hope that he may be lead to water. Finding nothing, he lingered onward, the unbroken scrub and salt bush running away like the ocean in every direction from him. Reaching a small rise, he strode up it; standing at the top he welcomed the view. A small patch greenery among the drab lighter coloured scrub, and slightly larger trees in the middle distance off to the west drew his attention. With a small spring returning to his step, he upped the pace and made his way toward it, noting that the breeze had begun to swing around from the east, and oddly starting to pick up and move in from the north.

Off to the south, and roughly equal distance from the forlorn vehicle, Albert Smart fell 13 feet down the side of the rugged breakaway ridge he had been trying to find a way down. Landing heavily amongst large rocks and scrub, he gingerly turned his head running a quick assessment of his body and any injuries he may have sustained. Spitting blood tainted dust from his mouth, focussing on his now extraordinarily painful extended lower right leg. Not immediately registering the sole of his hobnail boot, filled with sockless foot, that was facing him. His leg broken and bent back upon itself, blood began to leak through his trouser leg, drawing flies to it. Undoing the buckle of the hobble belt he wore, he pulled it out from around himself; doing his best to sit, he leant as far forward as he could, looping the belt as far down his leg as possible, and began to tighten it.  With pain stealing his breath, Albert struggled to reach behind himself, withdrawing his well worn, highly prized .303 Lee-Enfield rifle. After a brief examination, he opened and then closed the bolt, loading it, pointed it to the sky, and pulled the trigger. The process was repeated twice more, sending out a distress signal used the world over. Yet, due to the distance back to the broken truck, the direction of the breeze, and with the break away looming up behind him, the shots went unheard by anyone other than himself.

Back at the camp, the fire jumped the track, and took to the scrub to the south greedily, speeding its way forward eating everything in its path.

Well to the north of Albert, Jack let out a ‘woop’ of joy when he reached the little soak. No more than three yards in diameter, brackish, and foetid. Cast around for wildlife, the smile abruptly disappeared from his face at the realisation that there was absolutely no bird life around the water hole. Scanning the ground, the only tracks he could see were kangaroo’s, but even then, they looked quite old. Being a man of the bush, his first thought was ‘poison’, and that the water had been laced with strychnine  by a dogger or station owner in the ongoing battle to eradicate wild dogs and dingoes from the land. By law, every poisoned body of water must have a sign nailed up in close proximity to it stating ‘Poison Here’, and signed by the man who had done it. After a second, then a third walk around, an uninspired scratch, and the ubiquitous swatting of flies, Jack found nothing telling him poison had been used. Tasting it, he had drunk far worse, he didn’t think that there was anything unusual about the water, after a minute or two, reaction free, Jack got down on his knee’s, and drank deeply from it. Thirst slaked he filled both water bags, and headed back toward camp. Five minutes later, a slow hint of nausea hit him. Thinking that he had drunk too much too quickly, he pushed it from his mind, and upped the pace back to the wrecked vehicle. After the passing of another minute, the nausea he ignored had become gut wrenching abdominal cramps, and rapidly became intense vomiting, Jacks vision began to blur, it was then that the convulsions began.

Laying on his side, spots then darkness clouded his vision; ears ringing, racked in pain, the dog poison taking full effect, Jack Bridgman was shoved into unconsciousness, then slowly nudged into death. The gathering ant’s and flies thought it was Christmas.

South of Jack, north of Albert, the fire that had escaped Harry was now a flaming run away train of death. Willy willy’s of fire leapt around from ground to bush, weaving and circling, ranging from six to thirty feet in height. Smoke billowed, blotting out the sun, the fire front stretching east to west by about a mile and spreading, heading southward at a blistering rate, everything in its path reduced to ash in moments. Heat sapped all moisture from the air, leaving Harry Smart entirely helpless to do anything other than to continue jogging east away from it, watching hell erupting to the south over his right shoulder with fearful dread fascination. Water bag, rifle, and flour bag bouncing along with every stride he made.

Using the matches from the flour bag tied off at his waist, Albert Smart lit a small fire, a call for help moonlighting as a beacon of hope, and then set about trying to straighten his leg. Swatting away an atrocious barrage of flies, and slapping meat ants away with a small leafy branch torn from a salt bush, Albert took two deep breaths and dragged himself into a fully seated position, his body now ‘L’ shaped, he sweated profusely. Using the butt of his rifle, he pushed against the sole of the boot at the end of his grotesquely broken leg, an attempt to get it vaguely back in line. Pain returned in grotesque pulsating waves, bringing nausea with it, changing tack, he loosened the loop of his hobble belt come tourniquet, and feed the butt of the rifle between it and the deformed leg, catching the belt on the trigger guard, and slid the leather toward the ankle, slowly pressing the hurt limb painfully around, bringing the lower leg back into as near alignment as he could take. The pain it caused him more excruciating than words could describe. Swallowing bile Albert fought another bout of nausea, suppressing a scream, and quietly pressed back the pain once more. Again with the butt of the rifle, he began to bring his belt back up his now much straighter leg within arm’s reach, catching it, he undid it, pulling it out from beneath his thigh. Loading then firing the rifle three more times into the darkening merciless sky, and slipped into the relief of unconsciousness. His fire slowly burning out over the space of the half hour that followed.

With a terrifying start, he awoke to a cascade of falling ember’s, choking in an atmosphere that was more smoke than air, Albert could see no more than two or three feet in any direction, snippets of burning scrub flickering through the smoke, both burning his eyes and scalding his throat. Heat so intense, all sweat had evaporated from his body, and blisters started appearing on the exposed area’s of his skin. A minute or two later, all oxygen had been sucked from his lungs and the air around him; he was fortunate enough not to feel his hair singe, unconsciousness seizing him in preparation for the grizzly charred burning death that was minutes away. Harry’s run away fire had reached him.

“Gordon, is that smoke out east there?” said Fred Chapman to his neighbour as they replaced the cups on the shared windmill. Their meeting more to discuss and inspect a boundary fence and straying stock, than to repair a windmill.

Placing tools back into respective saddle bags, the station owner’s both strode to their wiry horses.

“I’ll head south to my place, and send my boys to alert the neighbours. I’ll pick up the other hands, and head straight out there.” Stated Gordon.

“Righto mate, I’ll head back to my place, get my lads to do the same, and bring the men in. Meet, you at the western most point of the front.” said the tight lipped Fred.

Three days had passed between the sighting of smoke and finding the near dead Harry Smart. Chronically dehydrated, starving, yet with only minor burns, it took a good couple of hours of sipping cold black tea and mouthful’s of greasy tinned dog for Harry’s story to finally start making sense. His obvious concern for his two missing mates giving rise to the exhausted lads about him. Regardless of fatigue, the men separated. Going from the directions told, three men, all in the saddle, moved north from the burnt remains of the rolled Chev truck on the tracks of Jack Bridgeman. Two heading south from the same point.

Crow’s gave away Jacks position within half an hour of the riders departure, it took two days more to locate the burnt remains of Albert Smart. Albert’s lower leg cooked in gruesome malalignment, his rifle remained charred beside him. Ironically, neither of the waterbags Jack carried had lost much water, and were roughly three quarters full when they found Jack. After the attentions of heat, ants and crows,  the majority of his exposed flesh was missing. His bones showing startling white against the bush and the drab and dirty work clothes he perished in. His corpse, bloated and stinking, where insect nor animal had been able to molest him.

Harry never returned to the Rabbit Proof Fence, and headed north to settle around Mingenew.

Again, based as close to fact as the story could be told. Poor bastards, particularly after surviving the horrors of the first World War, to then perish in the scrub after rolling a vehicle. Terrible, anyway, click the odd wee picture above.

Have a groovy weekend!