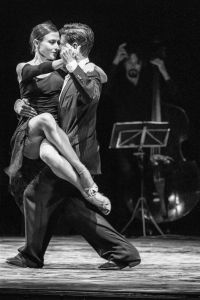 Sweat ran into her eyes as she fled on winged feet.  She had no weapon, and the open area beside the rutted and dusty track offered no cover whatsoever from either the elements or more human pursuers.  Her cloak streaming behind her, flapping occasionally around her legs slowing her, and her laced above the ankle, rigid, hob nailed boots doing nothing to increase her speed.  The darkness she ran in, although an all consuming miasma of black, did nothing to cloak her footfalls or her panting.  Constantly throwing her head behind her in the hope of spotting the thing that chased her, causing her to trip and fall and lose ground to whatever it was that continued its pursuit of her.  It’s stench filling her bodily.

Her destination, still being decided upon, was only slightly less important than her position of “getting away from”.

Legs still pumping, and calf length skirts flapping she continued with her efforts.

The dusty, rutted, track gave way to a less dusty, but equally rutted gravel track.  Gravel track gave way to pot holed bitumen road, giving way again to a well used dirt and gravel road.  Light’s and civilisation making their mark around her.  Sight, sound, and smell starts hampering her sight, sound, and smell in her watching over whatever this beast, or man, or thing with all manner of things bad lodged firmly into its heart and mind was.

17022012 floated above her head.  The numbers did not shift or sway as she fled.  They did not alter, remaining rigidly over her as though held up by an imaginary iron bar.  Those numbers did not catch on anything, and they were no encumbrance at all.  When she turned her head, the numbers would mirror the movement of her head.  When seen from behind, they were exactly as not seen any differently than to that, just seen from behind, like looking through a window with a sticker affixed from behind.

Beginning to tire she began looking for a bolt hole, or a heavily populated public place to hide.  Lactic acid had sucked the moisture from her mouth, and invaded more muscles than she cared to admit to.  Her deep honey blonde hair, now lank through sweat, clung to her head, neck, and beautiful rounded face.  The blouse she wore was also beginning to cling, and she quickly undid the top two buttons to allow more air flow.  She was between 5 feet 6 inches, and, 5 feet 8 inches depending on footwear.  17022012 had a womans body.  Shapely hip and thigh and breasts, healthy and strong and fit.  Straight back and neck and posture, and firm of limb. She is quite beautiful, and of an age that by appearance fell somewhere between twenty five and forty five.  The lass had a classical Norman appearance, with the slight tan of one who is not confined to the indoors.  The outfit she adorned was something similar that of “Anne of Green Gables” in her school room, and she gave the air of one whom learning and being learned is something very close and familiar to them.

Panting still, and slowing slightly, she spots a tree.  It is big and leafy and not overly difficult to climb a short distance ahead.  Subtly changing the angle of direct she makes for this refuge, temporary as it may be.

Ahead again it see’s her through black and white and grey vision.  The smell of whatever variety of soap she washes with night and morning induces a head rush with the beast.  Still moving at the hunters pace, back but in sight, moving only as fast as is required to do so, and in doing so wearing the prey down, the beast continues at this leisurely, ground eating, continuous pace.  A pace not requiring a down periods to recover, a pace that can last all day and half of a night without break.  A pace also that a sprint can be derived from for 300 metre’s if required.  300 metre’s for the knock down of the prey.  300 metre’s before play time.  300metre’s for the kill.

The beast has sensed the slowing of her pace, and feels the quickening of her heart, hears the ragged drawing ing of breath into burning lungs.  It see’s where she is going, and begins to let the cruel formation of a smile loose upon its face.  Her point of refuge holds not a fear, nor a problem for the beast.

It quickens its pace.  Happiness engulfs the beast, and it lengthens it pace further, stretching and catching.

17022012 hits the base of the oak without checking pace, leaping arms outstretched and grabbing.  The stench of the beast is closer now and she moves, daring not look behind at the hell that follows.  She reaches the branch.  Straddling initially, then raising to knee, still moving forward, at least reaching a crouch, attempting to run, and slips, and falls, and sobs, and wails, and hears the beast now so close. Feels the heat of the beast behind her and climbs once more.  She gets to the branch sobbing, pain filling her chest, terror encapsulating heart and mind and spirit and soul.  She stands and runs in the same fluid movement out along the length of the branch.  Running for all she is worth.  All she ever was and will be.

She trips and falls screaming.

The beast is two of its prey’s step behind her, and it see’s her fall.

The beast howls with delight as it launches for the kill, and stops mid flight in total confusion.  Falling from the branch of the great oak in an untidy heap on the dusty, dirt covered roots of the giant.

Confused the beast sniffs around the base of the tree, the beast skulks away into the velveteen night, confused and alone and hungry.