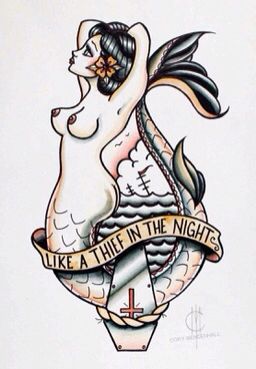 ☛ It was a cliché wedding and the old folks wished them well. Vow’s were taken, tears shed, and a smiling bride and groom kissed for the first time as husband and wife. Effervescent, she positively glowed, her radiant husband brimmed with unadulterated joy, and the newlyweds cut the perfect cliché royal couple, bringing hope, happiness, and the promise of legacy for generations to come.

Or so the masses thought.

☛ His bloodied right hand hung clenched at his side. Princess Annis, black eyed, naked, bleeding from  both nostrils and her right ear tried her hardest to look through the fuzz of her semi-concussed mind’s eye. The pristine white bed clothes surrounded her in a blood splattered tangled mess, and one dainty shoe hung by the toes from her right foot over the end of the bed. Bloody and torn, laying confused on her back, Princess Annis tried for all the world to cut through the static of her mind and deduce where she was and what had happened.

The absence of thatch above her left her trembling. ‘What strange place is this?’ was all she could think beyond the extremities of pain. Confused further by the lack of weight of her hair, and the absence of it around herself. She could not hear the familiar sounds of those birds that visited her tower home, nor feel the never ending breeze that flooded it daily. The bed beneath her was not a lumpy palate of straw, causing further internal questioning as blows fell remorselessly upon her. Flashes of lightning, repeated extreme force and pain filled her eyes again and again, her cliché perfect nose broke with a whip lash crack beneath the centre of her brow.

A sliver of bone broken from her nose broke loose. It sliced into the frontal lobe of her brain; Princess Annis’s pleasant, happy, and kind demeanour vanishing forever, replaced by her brain damaged mind beneath the ‘Handsome Princes’ cowardly hand.

“You will obey me without question!” he screamed at her through his madness. “You are not a woman of the people, you are the property of me!”

It had been two hours and twenty minutes since the service had concluded; thirty five minutes since they had, smiling, entered the nuptial chamber; twenty eight minutes since he had rendered her unconscious and raped her. Shreds of her wedding dress lay around the Princess on her wedding bed, and her Godmother from the land of the Fae looked on in anger.

The Queens bespoke wedding gift, a magnificent white riding cloak made from polar bear and baby seal skin hung from a hook beside a sumptuous mirror. The mirror, six feet in height and three metres in breadth, was surrounded by a heavy dark wooden frame, and suspended from a beam above the floor. In the centre of the mirrors unblinking eye she saw herself bloody and broken on the enormous bed. Staring with little understanding of the situation around her. Punched in the nose, a brilliant arctic white flash silently exploded within her head, and Princess Annis’s vision cleared in an instant.

Taking in the image before her of a naked, alabaster white male, bloody of fist and sculptured of body, Princess Annis rolled quickly to her left, casting her screaming husband from her to the wooden floor beside their bed, to land on muscular his left shoulder.

With the speed of a cobra, she seized the heavy silver candelabra from beside the bed in her small perfect hand, and leapt to the floor after the Prince. Smashing through, and breaking the handsome Princes raised arms, a manically grinning Princess Annis delivered blow after blow after blow to his head and chest; his right eye popped from its socket like a cork from a champagne bottle, coming to rest onto his cheek. His silence and concave face now little more than the image of a horror story’s worst nightmare, the smallest of breaths and gentlest beats of his heart were the only sign of the life within the blonde Prince that was her husband.

Naked, smiling, and kneeling in a pool of blood the size of her husband’s ego, Princess Annis paused to catch her breath.

Casting the riding hood onto the disheveled and bloody bed clothes,  Gentle Annis, for that is what she now called herself, ‘Princess Annis’ now forever dead in her mind’s eye, turned and strolled toward her husband’s writing desk in the far left corner of the chamber, extracting his exceptionally sharp, bone handled letter opener from the mess of correspondence he had left in utter disarray.  Wielding the six inch bladed knife with competence and a wicked grin, she turned to the wall to the right of the bed. Standing on the edge of the heavy oak bed frame, Gentle Annis cut the velvet bell pull that hung there at the extremity of her reach, leaving a two metre length dangling from her grip. Alighting, shivering less with cold and more with greater anticipation, Gentle Annis strolled around the bed to the near corpse of a Prince. Bending her husband’s naked foot upward, creating tension and exposing his Achilles tendon, she slashed a large hole between tendon and bone, and threaded the tasselled end of the bell pull through, tying it off with a double half hitch around his shin. The other end she threw over an oak support beam holding the canopy above their bed; and then she pulled, lifting the pathetic and cowardly handsome Prince foot first from the floor.

With his head fifty centimetres above bloody carpets,  Gentle Annis pulled the pristine riding hood from the bed. Using the white fur outer of the cloak, she began to soak up his glorious arterial blood, slowly transforming the fantastic garment from a truly spectacular white to the brightest, bloodiest, red. Once every sensual skerrick of blood had been drawn into her cloak, laughing, Gentle Annis lay the bloodied cloak beneath her inverted husband. Regaining his letter opener, she slashed his carotid arteries, and allowed the blood to flow down across his closely shaved jaw line, over his temples, to drip onto the remainder of cloak, reddening it further. Gentle Annis moved the cloak to catch every drop of delicious blood, and reddened all remaining spots of white.

Princess Annis’s ‘White Riding Hood’ completed its transformation into Gentle Annis’s ‘Bloody Red Cloak’; an extension of both her body, but irreversibly so, her soul.

Her Fae God Mother looked on in adoration.