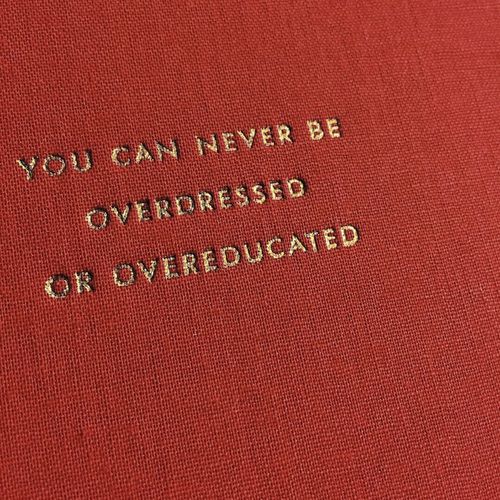 The months, like Napoleon’s troops fleeing Russia, marched on with a cost. The performance of surgical procedures was reduced generally to two or three times a week. The apparent nocturnal popularity of the team that was Mrs. Fox and Dr. Peel found us, bag in hand, committing anywhere up to ten hours every night to the unfortunates of Fremantle. The only saving grace had been the mild autumn we were moving within.

May and June came and went. I found I had lost two stone, and that I was developing a hair trigger temper. Rarely was I in my lodgings long enough to attain any more than five hours sleep; this also became the only time and place I would eat. Thank goodness for Mrs. Fox’s care packages she left me upon my writing desk, prior to her departure to aid me in the evening, knowing I would be too exhausted to sit and wait for her to cook upon our return. She was good enough to keep a galvanised bath near the now permanently lit fire within my room, beneath a slightly opened window. Warm water regardless of the hour of my return.

July saw my health fail, and upon noticing the same, and paying attention that I did not have list at the hospital scheduled for at least a week, Mrs. Fox stole me from my routine for three days under the guise that she required my aid in ministering to an ill relative in Guildford. I knew full well that I was in no way needed to aid in the healing of her illusive relative. Rather that her concern and pity, whilst never outward, was thanks enough for me, so I tarried along, all the while doing little more than guarding the sumptuous rooms she secured for we both in Guildford. As such, I did a magnificent job of maintaining the defence of our rooms by sleeping 18 solid hours immediately upon our arrival; via room service, I ate in three days an amount of food I doubt I had consumed in the four months prior; drank some very good red wine; updated my diaries; read every newspaper I was able to lay my hands on; and lastly, soaked in the huge claw footed bath for an hour of every day we were there. Brandy and a good cigar may have been involved also.

As an added bonus, I relaxed a further three days longer than was the original plan. Apparently the yet to be seen relative still required my attentions. Something I inwardly questioned with a smile, as by then I was suitably rested, fed, and contented. How Mrs. Fox had come to afford such luxury, I can do no more than ponder. I believed to question would have lead to great offense.

My return journey was not without incident however. Again I was to find myself immensely enjoying my own company as the marvellous Mrs. Fox had left on an earlier train.

It is here that the oddity truly became apparent.

Traveling by train, comfortably seated within my compartment, I was to unexpectedly spy my blonde friend once more in the compartment adjoining my own. My initial thought was that it was my reflection that had caught my eye. Yet, said reflection appeared to fade, I could see him all the clearer through the glass filled sliding door from where I sat. Initially it was no more than a sly glance on my part, but as the trip back to Fremantle continued, I was to become bolder in my examinations of him. Minutes prior to reaching Fremantle Station, my courage screwed into an untidy, gut filling ball. I looked him directly in the eye and mouthed the word “hello”.

To my utter amazement, he too, having sensed our imminent arrival, mouthed “hello” almost in unison with myself. Completely aghast, I returned my gaze back to his eye once more, all the while the prickling of the hairs upon my nape of neck intensified enormously.

A rush of steam and whistle; screech of wheel on track, the shouting of porters, stewards, and rail guards diverted my eye from him. When I returned my attentions, my compartment door was in the process of being opened by a conductor, and my blonde friend, much to my chagrin, had sadly gone.

From within the confines of the cab I had taken for my return to my John St. rooms, I made up my mind to let the gender deception I now upheld without conscious thought, slip ever so slightly. A great many male poets, thespians, and artists found solace in the arms of those like gendered. The fairer of the sexes has never appealed to me, and it is with men where my heart is wholly given to lay. That said, what was one to do should the blonde chap whom had my eye and interest not find the female form to be his preference? This conundrum hounded me constantly.

Some days later, with the aid of a straight razor, I removed my pathetic little moustache; deciding also to change the hairstyle I maintained in the fashion of the day, and grow it out into one of an elderly scholar, or that of an early Victorian sea Captain. Very few decent women have hair cut short. Mrs. Fox found this change to my appearance quite ‘dashing’.

July abated, taking with it the few stone I had gained whilst relaxing in Guildford. My surgical requirements remained unchanged from the months prior, and my temper was rearing a side of myself that was becoming increasingly more difficult to rein in. At one point at about that time I had flown into such a rage, that I beat a man senseless to the ground with my stick. This was purely as a result of the assailed attempting to pick the watch from my fob pocket. A reprimand yes, but brutally issued unconsciousness was not justified in my book.

Tuberculosis was just starting to show its ugly head in Fremantle. I believe it came with those from ships, marching into post war Australia from across the seas. Typhoid proved problematic, and worse, not confined to the denizens of the docks. The only difference between those described and the rest of Fremantle was the inability to deal with it. Removal of waste was a difficulty. The cost to empty effluent from a residence was only a few pence. Sadly, not having enough coin for the table rendered the chances of paying someone to remove the after effects to nil. I was to learn that one common method for getting rid of faecal waste was to lift the floor boards at the back of the dwelling, tipping it beneath.

Illness haunted every nook and cranny. I believe the life expectancy for a male in the Fremantle area at the time I was conducting my rounds, was incredibly thirty two years of age. A further sad reality was that what didn’t make it under the boards in the back room, the remaining excrement went either into the street or to the water beneath the docks. One can only be thankful that drinking water in Fremantle came from catchments and dams a considerable distance from humanity, and was not sourced from a local waterway. Had that not been the case, I suspect cholera would have been rife there.

The amount of dead, Christian and Pagan alike, Mrs. Fox and I dealt with was again, quite astounding.

There was one positive aspect, beyond the professional, that made my life through my wanderings pleasurable. Those were my increasingly regular moments with my blonde friend in the window. I would generally see him during my nightly rounds. He would appear for the most part to me whilst I was walking from consult to consult in the windows of the various places I would pass. It was a delight to sit with him, especially as he would see me looking in to his generally darker rooms, and he out at me into the brightness of the lamps and lights outside. The deep warmth these short lived interludes gave me was profound. Soon I was to start spending more time looking for him than I committed to my rounds. I did wish that he and I were able to walk together like any other couple. Sadly, this was not to be, and conversing through windows was how it had to be from the meantime.Oddly, Mrs. Fox either didn’t notice him, or flatly ignored him, and she never once mentioned him in any conversation. At times I had thought of bringing him into the topic of conversation, but, as with all things in life, the timing seemed to be constantly wrong.

During our evenings together, I was to learn that Mrs. Fox refused to suffer any fool kindly. Now, to my surprise, my temper, something I had never really had prior, became far worse than I thought possible. Any person crossing my path, or making themselves about my body, felt my fist or stick or both about them with force. Mrs. Fox only ever smiled on witnessing one of my outbursts.