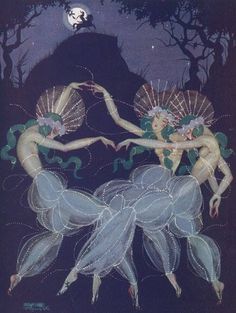 In the morning we made our farewells to the village and turned east. The sleeting rain was blowing hard from the north, drenching man and beast to the bone. The overcast skies teasing the sun above, taunting it with the slightest of gaps between the blue black anvils, allowing passage to meagre slivers of light, but only after a hard won fight.

The shadow over that broad tract moved at a pace slightly slower than our own.  Catching us in the in the wee hours as we slept. Or at least as we dozed on the damp and rotting straw of stables; behind a pub, avoiding the stale beery vomit, and piss of the old men too tired to walk any distance from their spot at the bar, yet far enough to save the embarrassment of a wet seat; stone church and chapel floors when luck held with us; milking sheds or a ditch. All shared with two, four, six, and eight legged beasts, although the two and four legged had become noticeably less abundant the further east we progress.

We washed when we had water to spare.

The reeking stench of death surrounded us always, in such a manner as not to cause offense beyond that of mild shock. Perplexing enough in itself, however, even more so considering those dumb, cowering, belligerent, domiciles as are to be found in any rural setting.  All with a fear of learning, formal or not. The same possessing the gift of numeracy limited to that of finger and thumb. For those anomalies that did read, they only did so with the aid of a forefinger upon a page, with tongue extended from the corner of a mouth. Not one with any desire to wander more than a handful of miles from the place of their birth.  Ignorance their boundary. They are the scum that are of no use or benefit to the greater surrounding society. Their deaths more an advantage than their lives.

Crops failed. Young mothers died in childbirth. Old mothers died through chill. Babies and toddlers died with stomachs all too often brimming with an abundance of nothing and hunger. The milk in goats and cows dried. Cow, horse, goat and sheep were the first to go. Those wretches then turned their attentions to working dogs.  The family cat that would have otherwise condemned an old mother to a witch hunter’s wrath. Lastly, rats and mice and stoat and frog. Entire families with nothing more than a handful of worthless copper, broken dreams, and starvation made pilgrimages to far off, and long attempting to remain lost, relatives, hidden away in far flung places and foreign lands. All no more than twenty miles from home.

Starvation breeds starvation.  People will eat anything if push comes to shove. The ‘push’ and ‘shove’ oft being the poker beside the fire place and an unwary guest; a sickly child’s pillow.

Tempting fate and starting war.  War between husband and wife. War between brothers when the refugee family finally eats them out of house, then the cause of exodus from home.  The numbers of the toast rack chested swelling, as only a malnourished belly can achieve. Villages encountered, ransacked, laid to waste. Factions created, tribes formed, their flocks swelling to thousands.

Filth accompanies any and every army. Disease carried on the back of the flea. The hair of a child, moving of its own accord. Louse leaving the love bite of the grubby multitude as red and swollen weals on chest and face. The bites bring illness, the illness brings death. Beautiful, beautiful death.

As we move east, the shadow remains as our constant rear guard.

Winter comes to all eventually. Bitter, cold, and stinking. Frosts freezing the ground, and those who fall before it.  Man could not piss on his boots in this place. Ice will bounce from them instead.

The death of nations’ moving in concert with us.  More the ‘Danse Macabre’ than a concert, possibly an analogy better suited to those that fall as we pass.

We reach the crumbling ruins of prayer, to whichever form the area’s local God happened to be.

I dine on what I find. The flesh is young, and the struggle as feeble sound that accompanies.

A young woman screams at the mask of horror I must be.

She is close, appearing from somewhere nearby. The heady aroma of blood and the tin taste it brings thrills me.

“Who are you all?” a question, thin and quavering.

The door is bolted behind her.

“I am Pestilence” the pained sounds form.

“I am War” an elicitation of rage

“I am Famine” the words of a confederate.

“I am Death.” I reply finally.

Her last breath, so beautiful, yet so tragic, wasted on such fear filled, pathetically human, words.

Hades shadow falls across her.

“I should like to see the abbot, please.” is all the small voice manages.

“Do not fear child.  God knows us well.”

I have posted that short story before (I think?). Click the picture above.